I got back today from near Stanley, Idaho where Bob and I camped out on the Salmon River and biked and hiked to see HellroaringLake.   It’s an alpine lake in the Sawtooth Mountains.

I was excited to bring my brand new bicycle on the trip for it’s maiden ride, really.
On the way up north, we were prepared from some rain that might end in the middle of the night, according to the forecast.  As we came close to Stanley we saw the widest rainbows we had ever seen.  I think we saw three, low to the ground in the distance of a mile.  As the car moved, it seemed new rainbows kept appearing just ahead of us.  I was finally able to stop the car to take a picture.  In real life, meaning “live”, the rainbow appeared wider than my photo.  Notice the other faint rainbow above it. 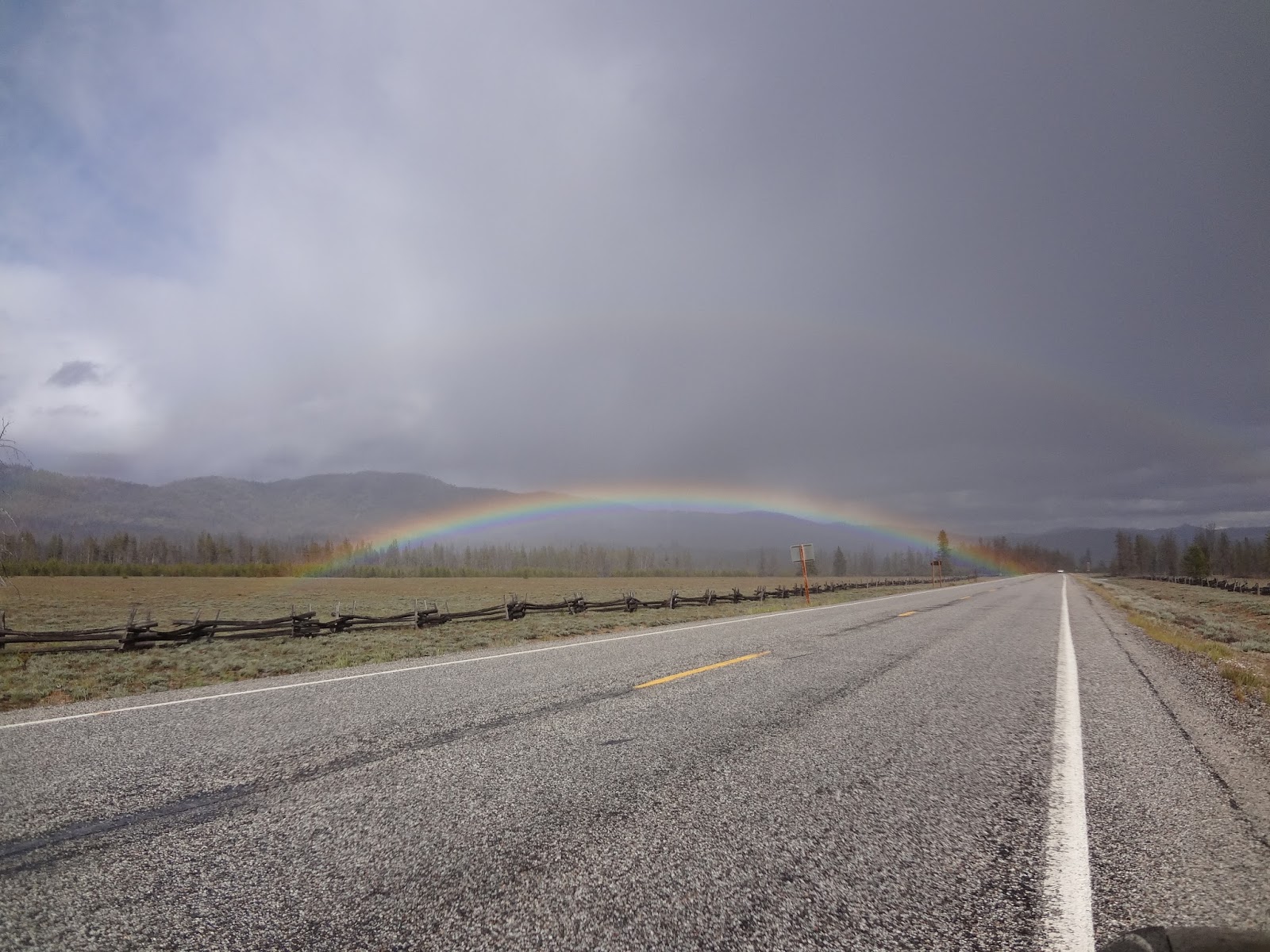 The forecast made it out like the night would be cold and so would the following day.  By the time we got to the dirt road and found the perfect campsite (a tiny bit treacherous to get to in a “non” all terrain vehicle, called a Honda Civic,) the weather was perfect.   Each campsite we have camped at was amazing in it’s own way.  Here’s why the sites we have picked have been so great:


It wasn’t very cold as we set up camp, and the sun was out! 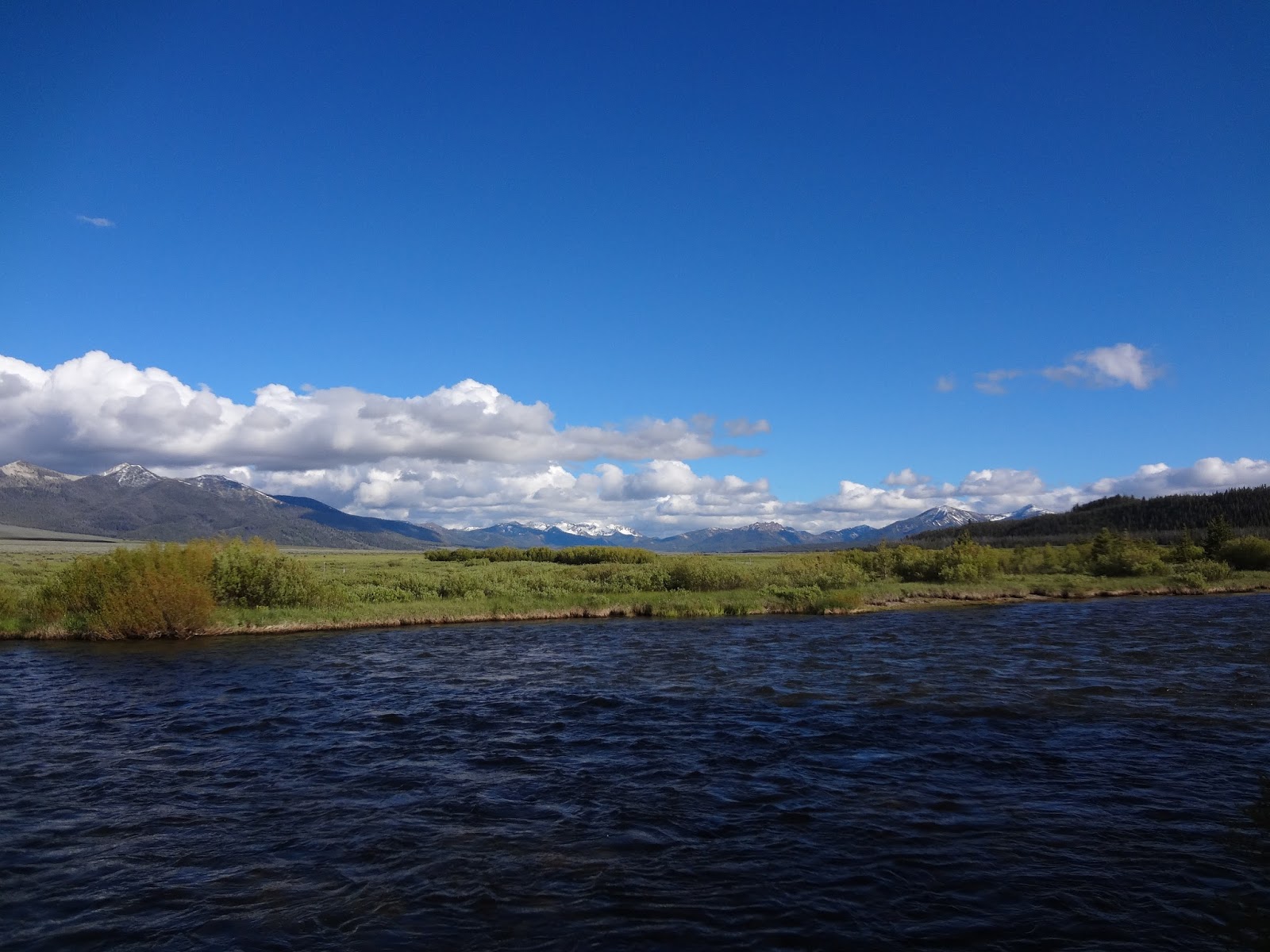 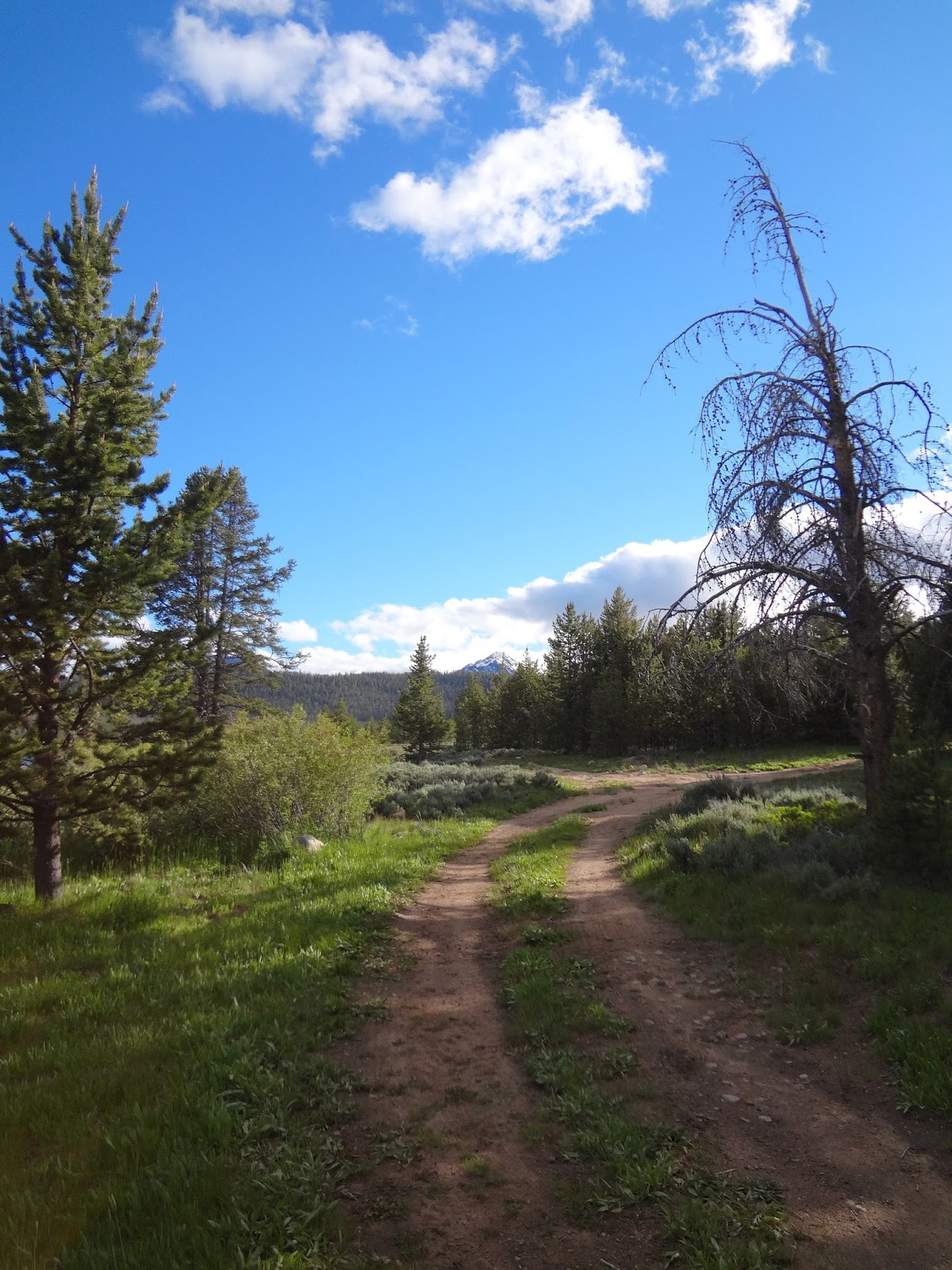 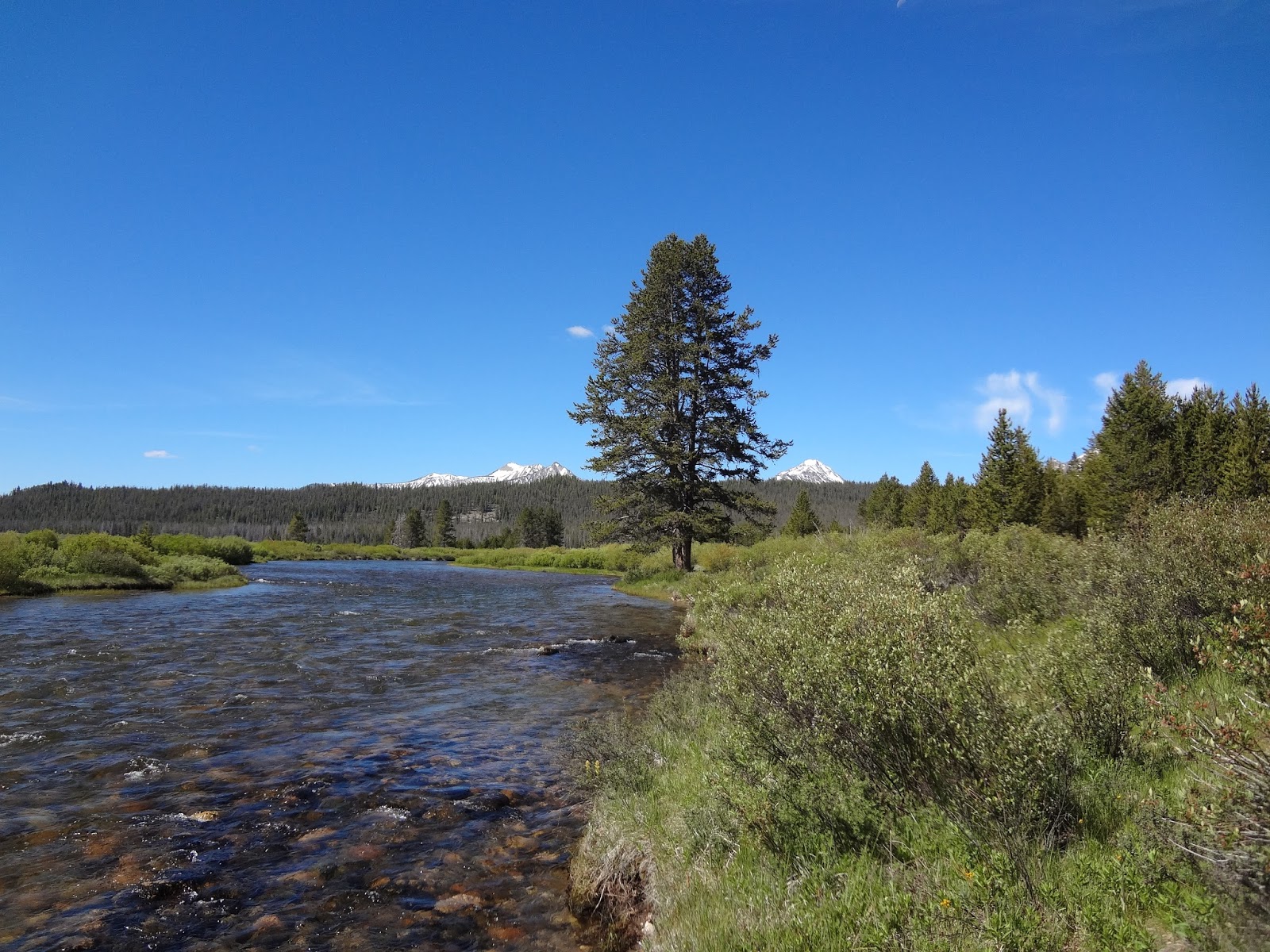 After a campfire yummy meal of homemade lemon garlic chicken with mango salsa and some hummus with pita (compliments to the chef… moi), the sun set, and we stared at the amazing Milky Way.  I glimpsed a shooting star!  Overnight, it did indeed get very cold.  When we got up to pee (holy moly! the amount of times over this trip and my lifetime, for that matter, of trips behind a tree or a bush….) we noticed our belongings were covered with a layer of frost.  (Thanks SO much, Bob, for letting me use the better sleeping bag (-15 degrees))

The next morning, it was warm when we got up.  What was this 51 degree prediction?  We had a lovely breakfast:  an easy mix of eggs, sausage, peppers, onions and cheese.  Coffee…  Then, we got on our bikes to ride as much as we could to the lake.  We took a dirt road, which did not always allow us to ride the bicycle, because the road was pretty rough.  We came to the trail head and kept riding.  I have to admit, I was a bit fearful of mountain biking.  The last time I got on a bike, I felt like I had almost forgotten how to ride it.  But!  This bike felt right for me, and I didn’t fall on my way IN to the lake.  So, after pushing the bikes for some of the trial due to big rocks or stumps, we dumped the bikes and hiked the little ways into the lake.

This is Hellroaring Creek as it goes down to the Salmon River right near our campsite. 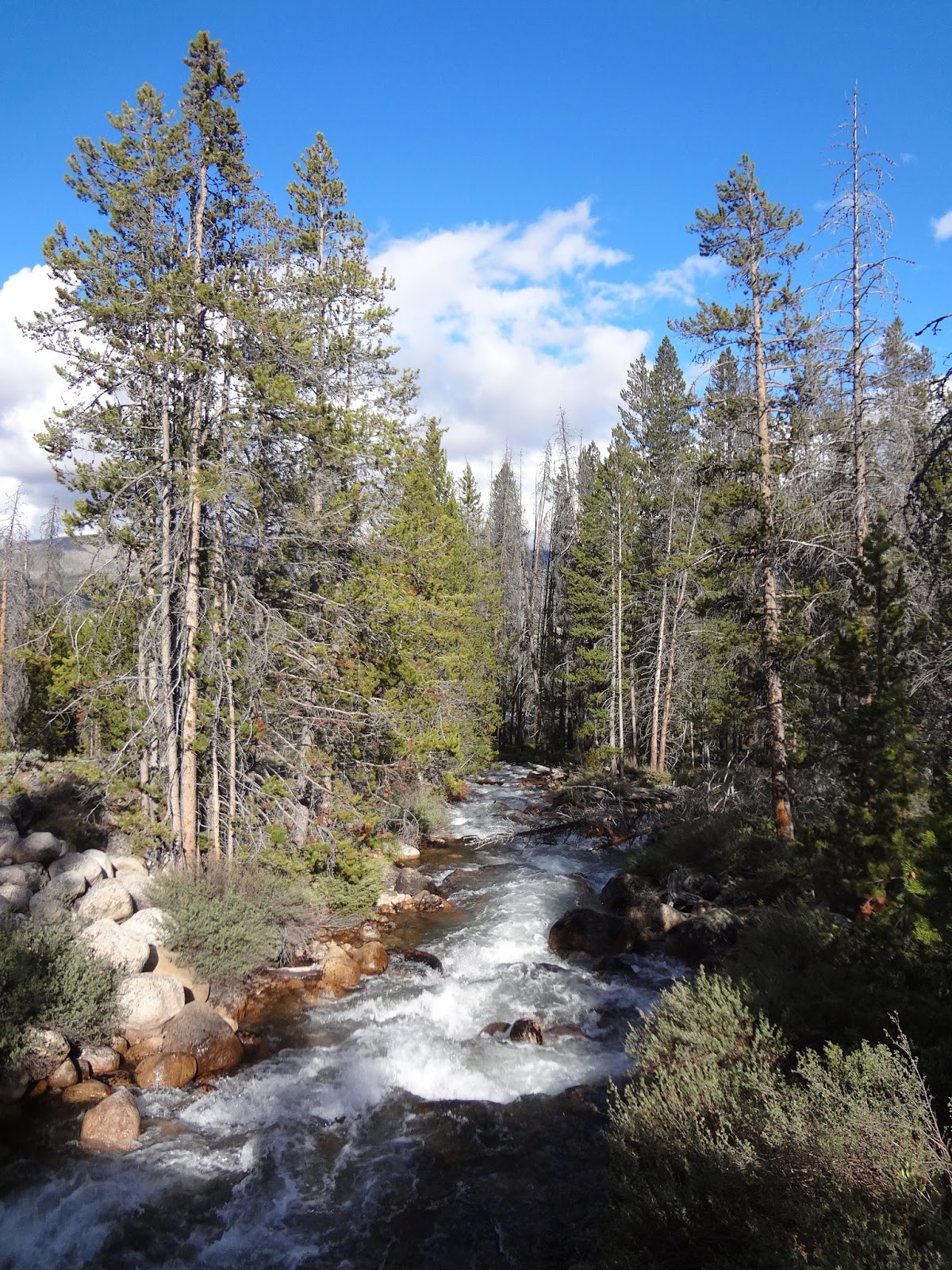 Three views from the dirt road. 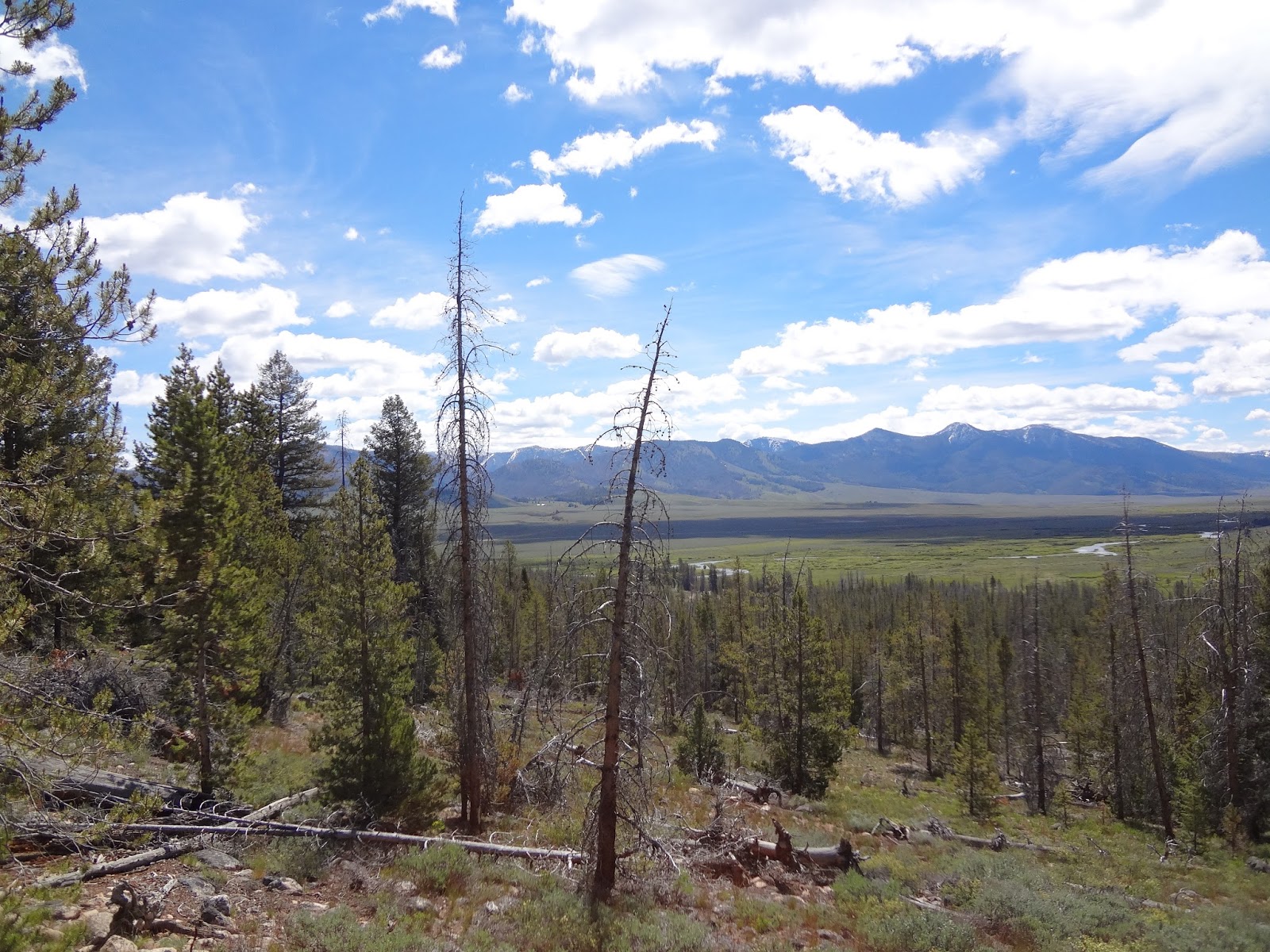 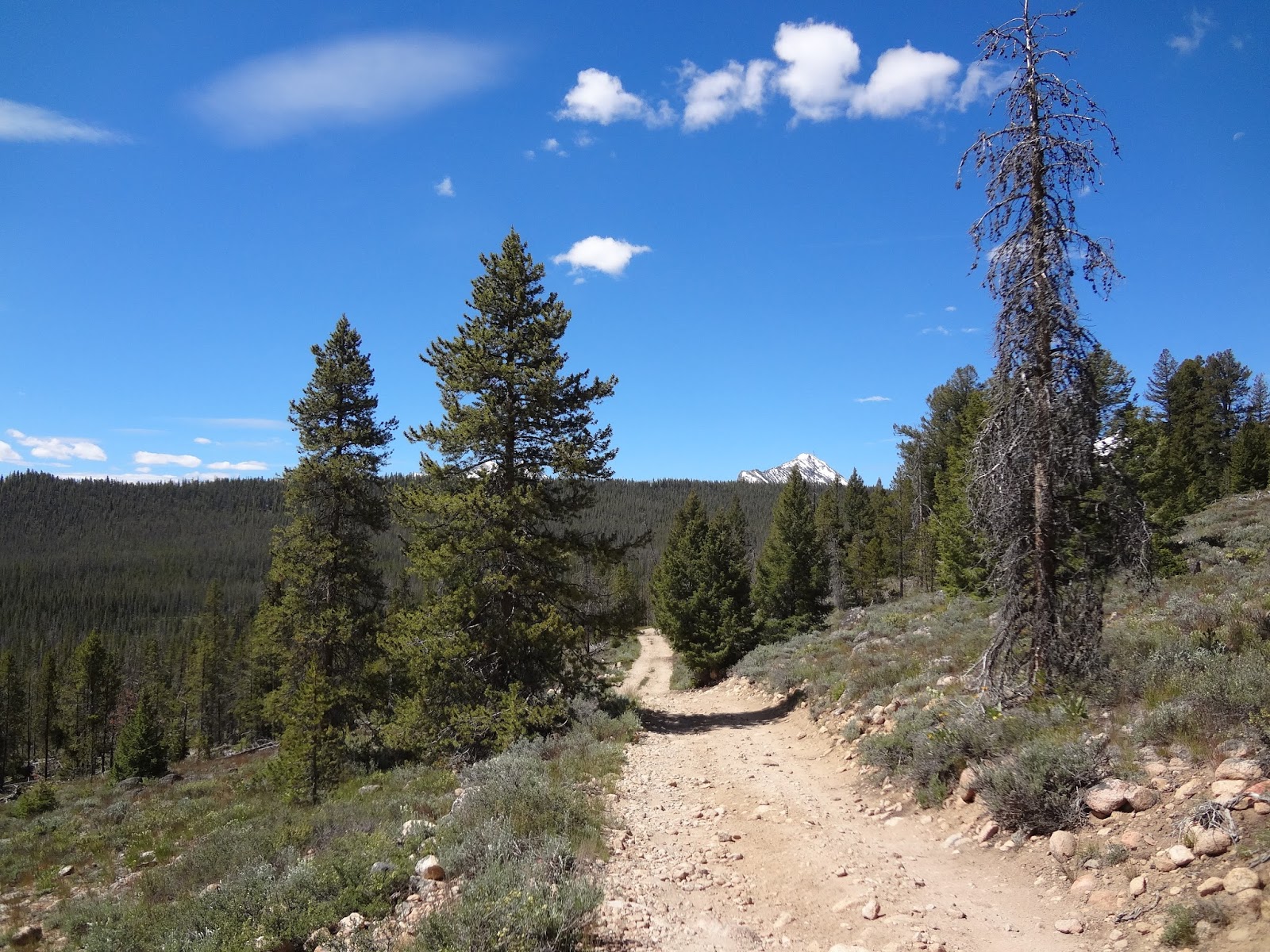 This is the amazing Hellroaring Lake.  So beautiful!  Aren't you jealous?  We had lunch, got fresh water from a spring (55 degrees, in case you didn't know), lounged by the lake and stared at the scene. 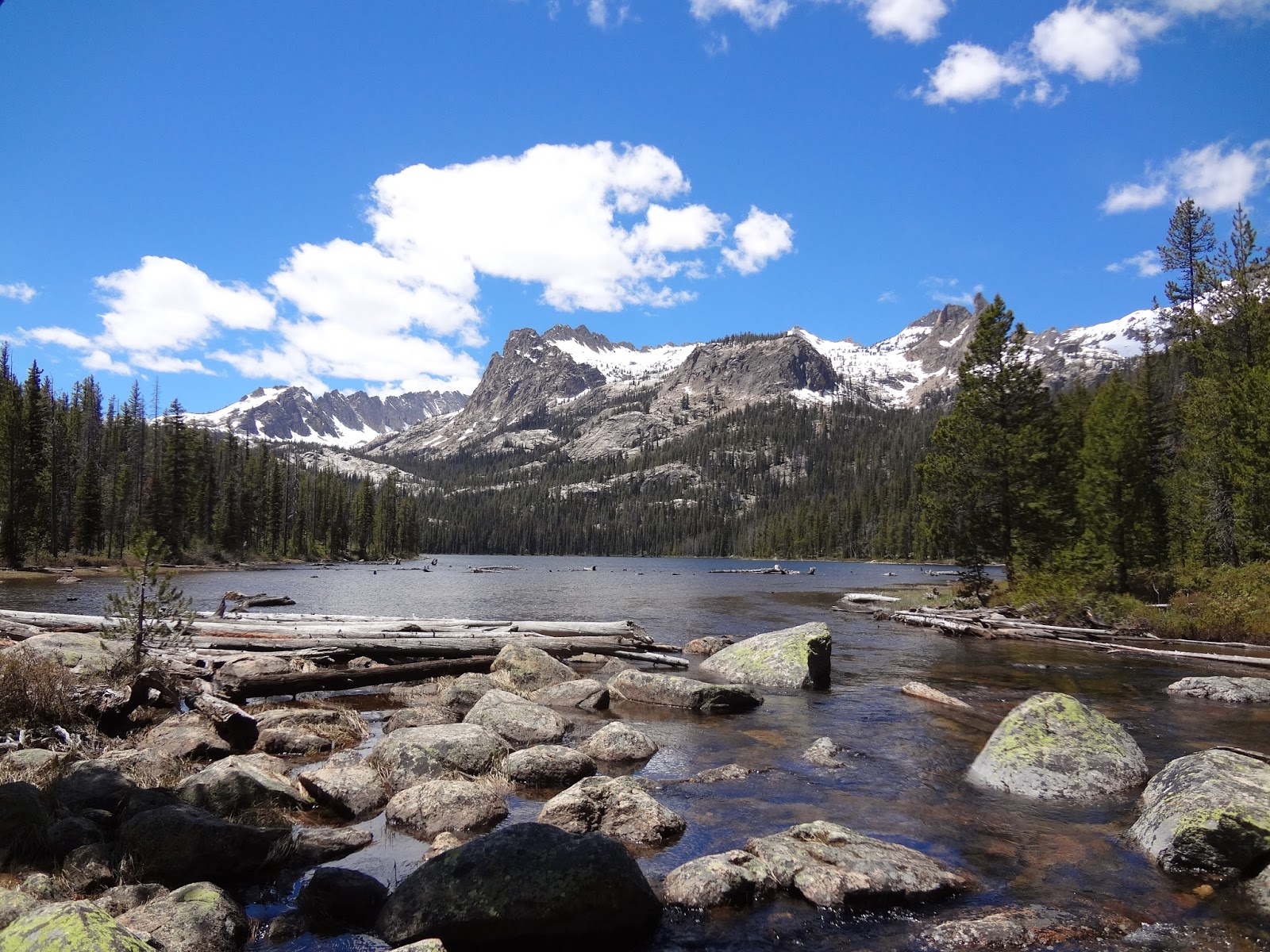 Bob, told me about the mountains in front of us and then pointed to this “finger” pointing up.   He told me about his adventure in rock climbing up that thing.   It’s called the Finger of Fate.
I was so impressed!  What an athlete!  Look at the point to the right of Bob’s head.  That’s it, and you can see it in the following photo.  My camera takes nice photos, but it is by no means great, and doesn’t have a great zoom… 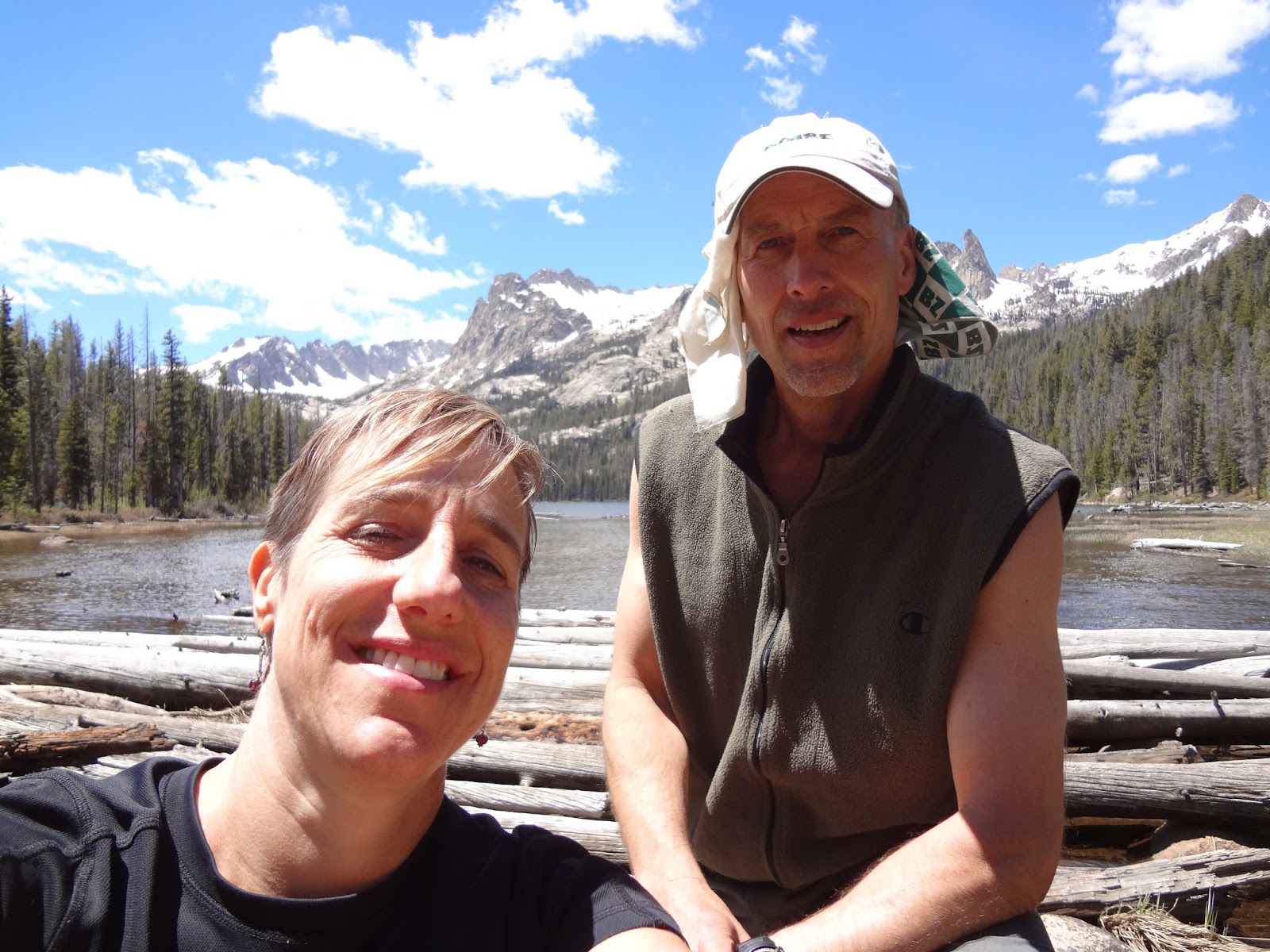 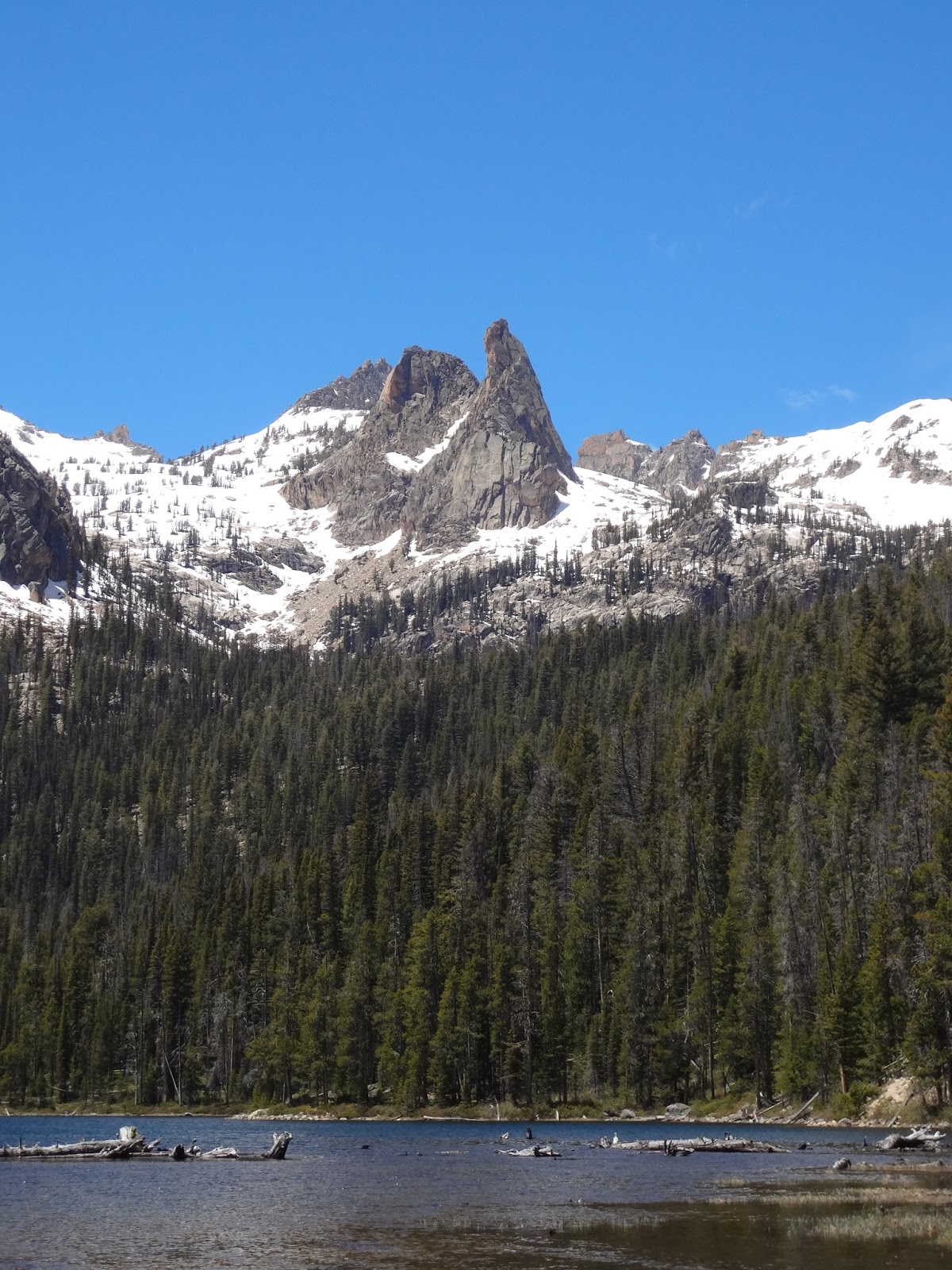 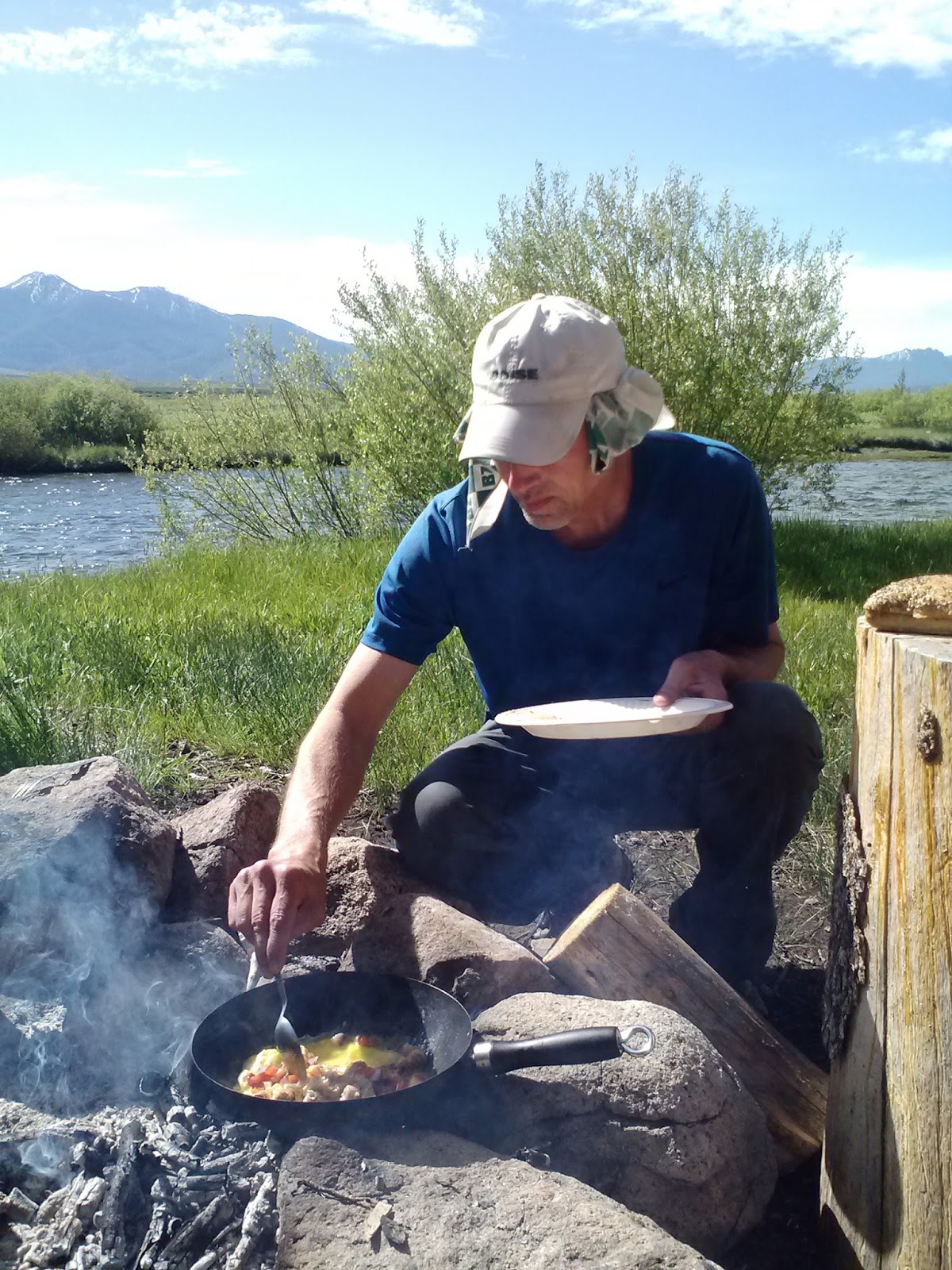 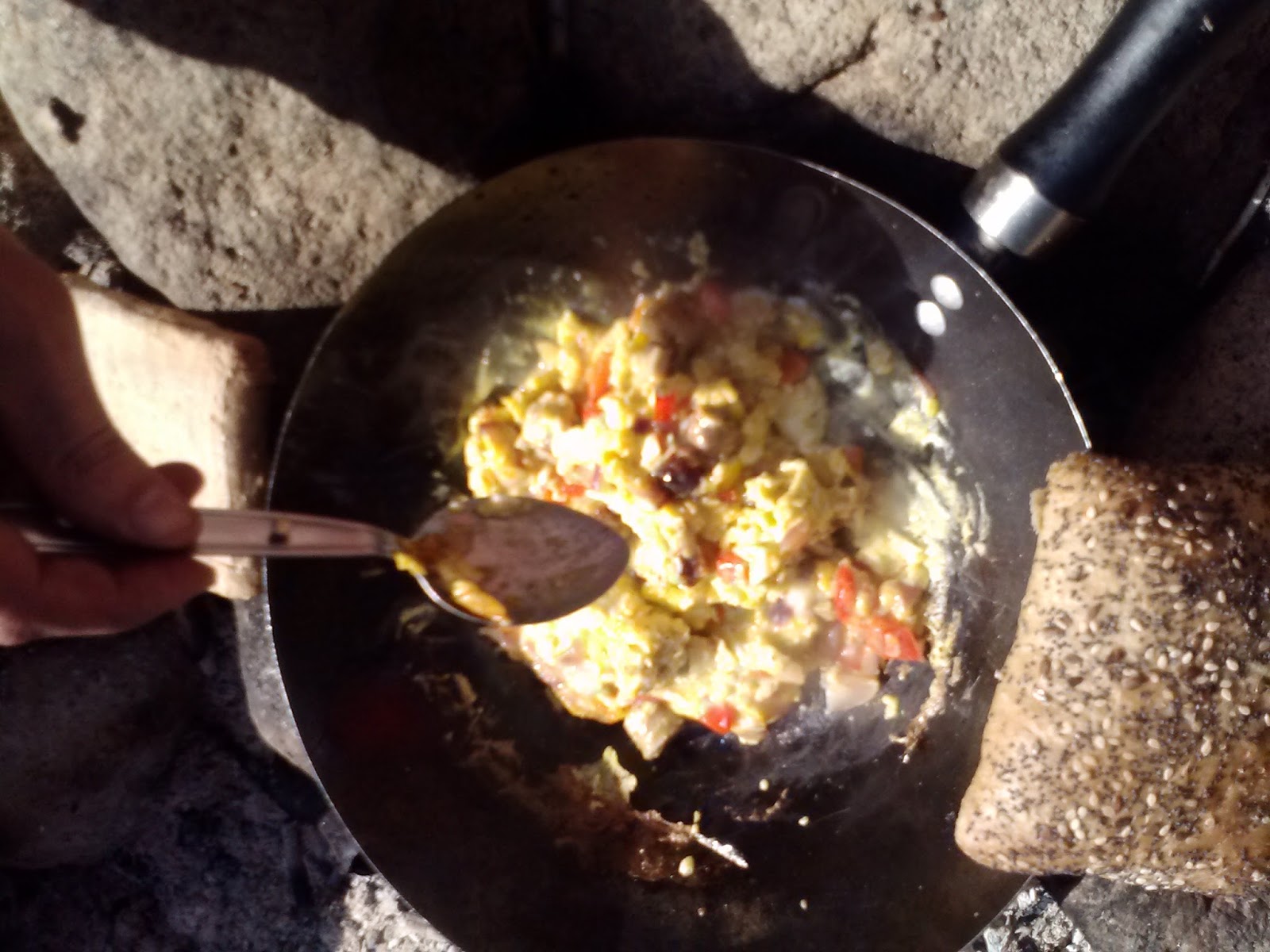 A last morning view of our campsite. 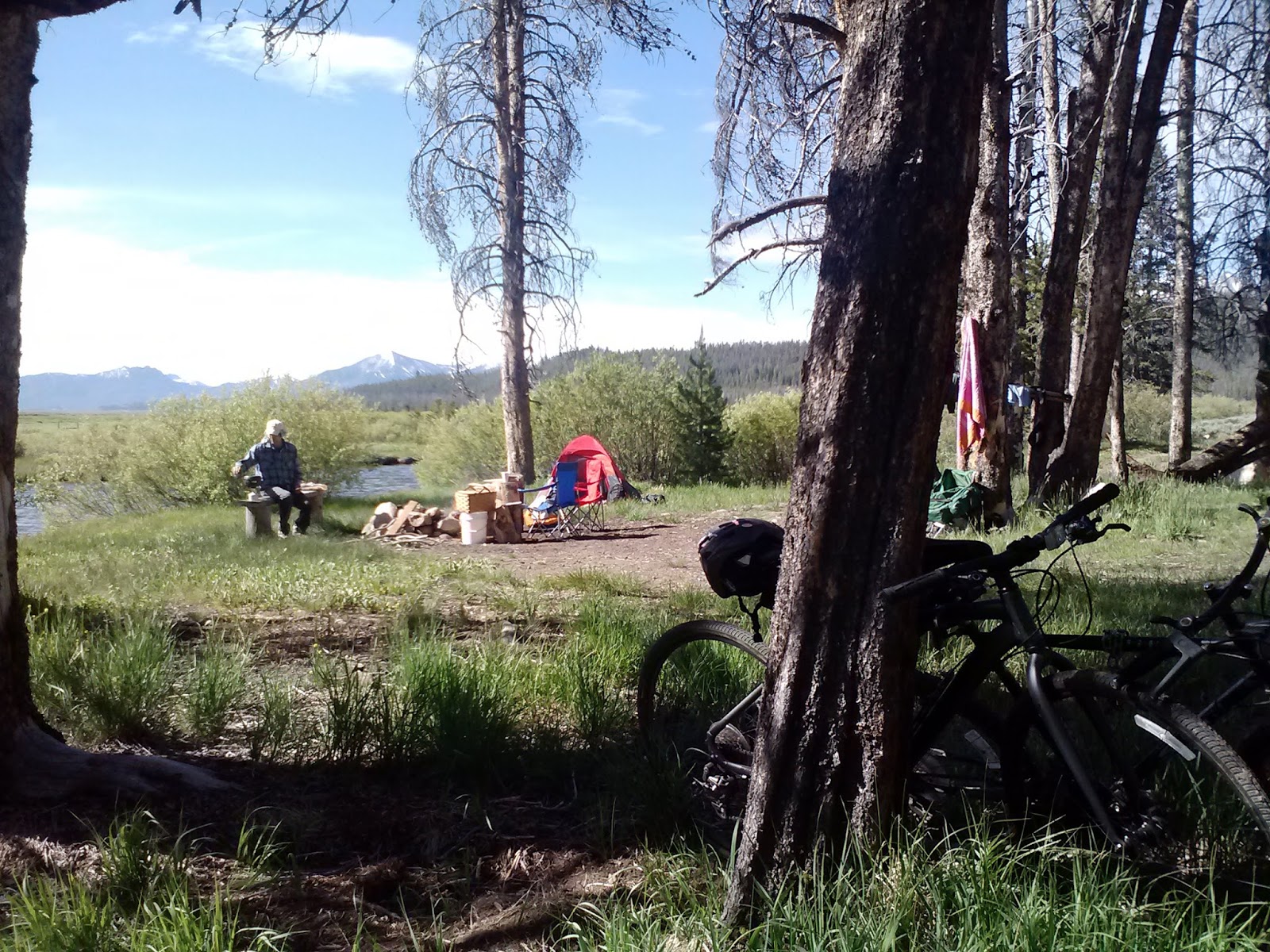 On the trip back to Boise we stopped at mile marker 4, Skinny Dipper hot springs and soaked for a few minutes.  What a mid-week blast!  Lucky me.

Please ask permission to use any of the content of this blog. Thanks!

Sites to Check Out